With the Tokyo Olympics kicking off this July, 2020 has become the year for sports in Japan. But if you weren’t able to snag a ticket for the Olympics, or just want to experience something a little different, there’s still plenty of sports events you can watch in Japan.

Want to see how Japan does sports? We breakdown what you need to know to view some of the most popular sports in Japan—including where and how to get tickets, how much you should expect to pay, and a short background so you know what to expect.

Soccer is a wildly popular sport in Japan and you don’t need to look too far back for proof—in fact, just last year, Japan’s premier soccer league saw a record attendance of 63,854 people watching the top division’s season championship match in Nissan Stadium.

There are several soccer leagues in Japan. At the very top is J.League, where 59 teams across three divisions compete at the professional level. If you want to watch soccer in Japan, they’re your best bet, since they have a fully-functioning English website, complete with a list of all the clubs, schedules, and ticket information.

The three divisions of J.League are J1, the highest tier, followed by J2 and J3. Knowing the tiers can be important when choosing which games you want to see. Naturally, the top-flight matches tend to sell out faster and more often. 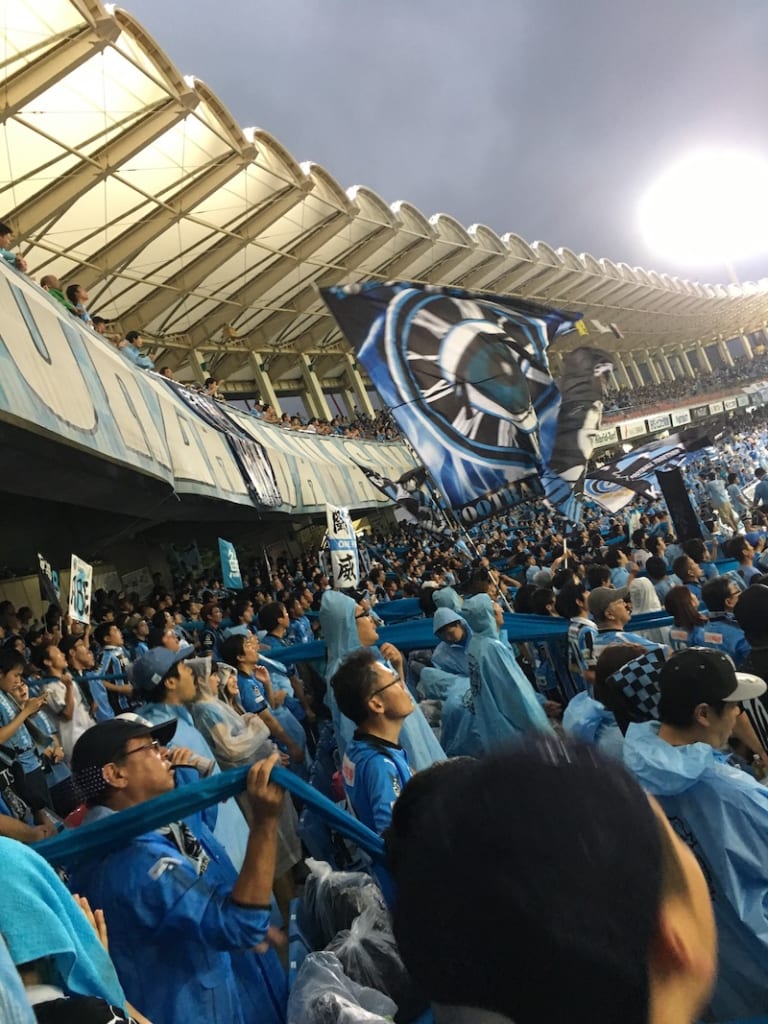 J.League is distinct from other professional sports leagues in Japan in the way they try to foster a sense of loyalty among local fans by naming teams after their home regions. This is in contrast to other sports like baseball and rugby, where Japanese teams are often named after corporate sponsors.

Because of this, you sometimes get Japanese fans travelling hundreds of miles to support their local team during away matches. Besides the potential of witnessing a thrilling match in person, you’ll also see how passionate a local community of Japanese soccer fans can be.

The first event of the year is the opening of the J.League YBC Levain Cup, where all J1 teams, and one to two teams with the best performance from the J2 division compete for the league cup. The first matches usually take place in mid-February and continue throughout the year, with the championship match usually taking place in late October.

Outside of the Cup, individual divisions also hold their own matches. This year, there will be a break from July 20 to August 9 to make way for the Olympics, however, typical yearly schedules are as follows:

You can purchase tickets in advance through the official J.League English ticket website. The tickets are separated by division and by month making it easy to check availability. Their website accepts online payments via debit and credit cards, so visitors from abroad should have no problem purchasing tickets in advance.

Those already living or who have landed in Japan can purchase tickets through convenience store ticketing machines. If you’re worried about not being able to read Japanese, you can watch this video from Lost in Football Japan on how to purchase J.League tickets at convenience stores.

Ticket prices can go from ¥2,600 up to ¥15,300. Tickets are often categorized based on the venue’s seating plan, but it might be worth doing prior research on a venue’s seating, as some tickets are labeled with vague names such as “visitor’s seat” or “exciting seat”.

Deeply entrenched in Japanese culture, sumo is not only uniquely Japanese, it’s Japan’s national sport. With a history that dates back at least 1,500 years, sumo is one of the world’s oldest organized sports.

There are official sumo tournaments in Tokyo, Osaka, Nagoya, and Fukuoka during specific times of the year. Called basho in Japanese, the tournaments happen every other month from January for a period of two weeks. More detailed information on the 2020 schedule can be found below.

There is an area in Tokyo known as the home of sumo in Japan: Ryogoku, where sumo tournaments often take place at the Ryogoku Kokugikan. There’s also a number of sumo stables where wrestlers conduct their training; and if you happen to be passing by, you might be able to spot some wall murals or statues depicting the wrestlers too. 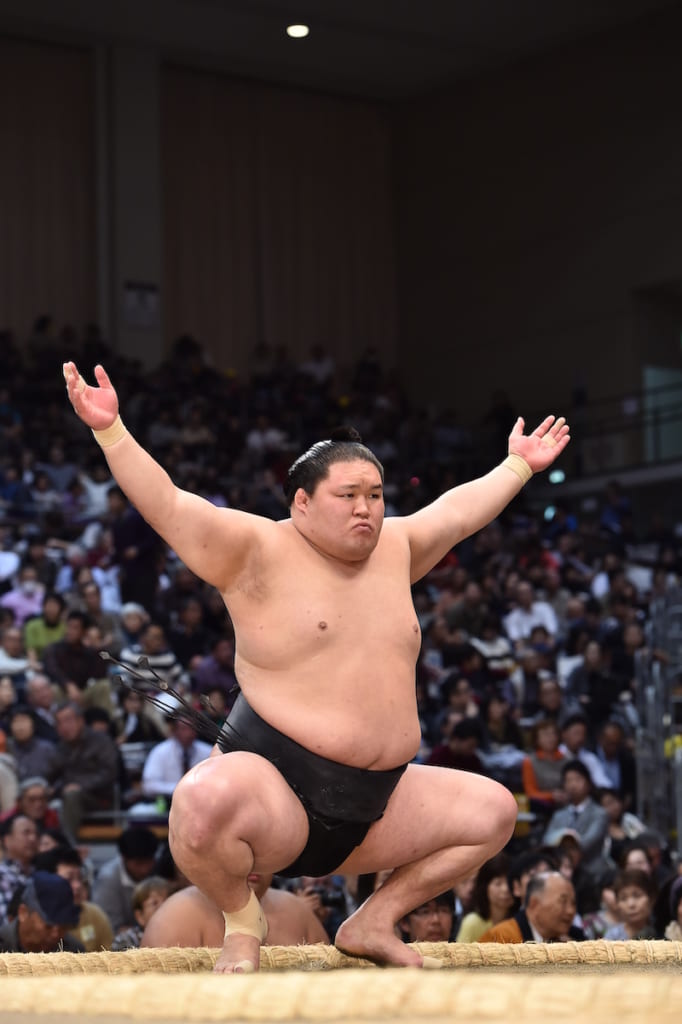 How to buy sumo tickets

If you’re set on seeing a sumo basho, it’s highly recommended to buy your tickets in advance. The Japan Sumo Association has an official ticketing site you can visit here. The site allows you to view ticket information and purchase them in English. Once you’ve bought your tickets, you can pick them up at the venue on the day of the match.

There are also websites such as buysumotickets.com, where you can also order sumo tournament tickets in English. They give you options for how to receive the tickets; you can have it shipped internationally (with shipping costing an additional ¥1,500 to ¥2,750, depending on your region), or to a Japanese address for only ¥500-¥600. 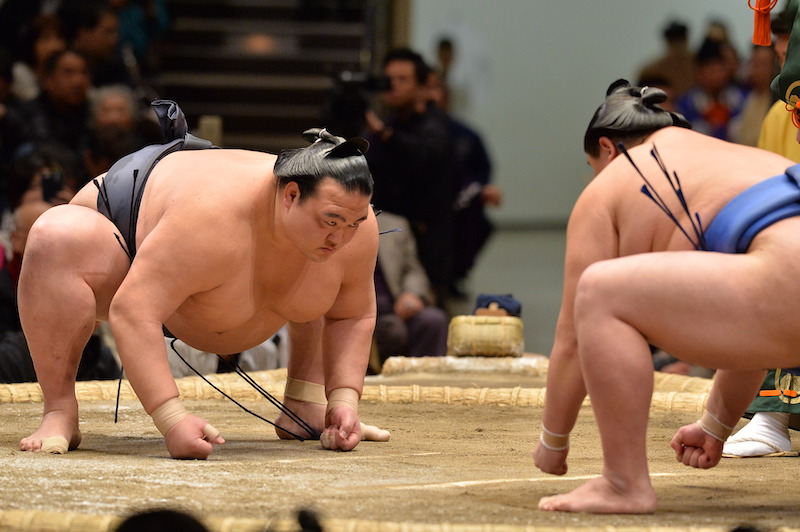 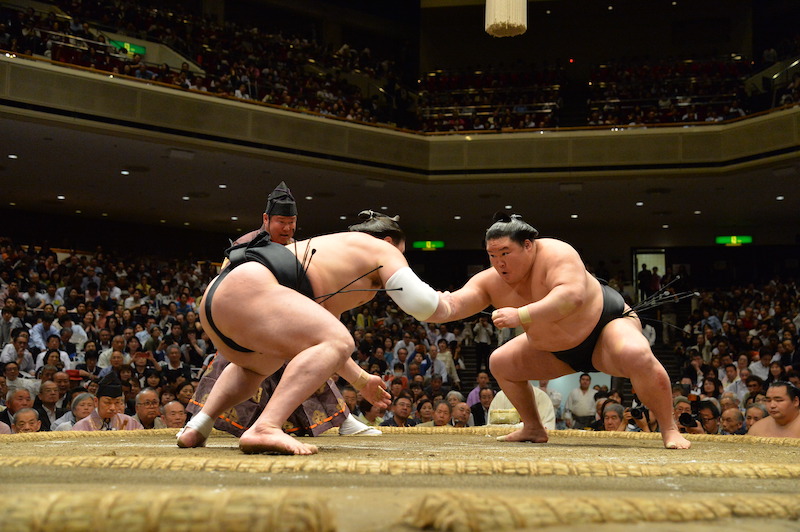 How much are sumo tickets?

Prices for the tournaments depend on which type of seat you want to get. There are ringside seats, box seats and chair seats. Ringside seats, as the name implies, are the closest you can get to the action. The current price for a ringside seat is ¥14,800.

Next are the box seats, where you sit on the floor on cushions within a closed off box area that fits 2-4 people. Tickets for a two-person box seat is ¥9,500 per person, and go up to ¥11,700 per person for a four-person box seat.

The last option is chair seating. They’re divided into categories depending on where your seat is in the arena. The cheapest is general admission, which can be as low as ¥2,100, but the most expensive seats are currently priced at ¥9,800.

Baseball was first introduced to Japan from the US during the mid to late-1800s, and since then, the country has fully adopted the sport into their culture. Even at the non-professional level, baseball is still incredibly popular, with the national high school baseball tournament being the largest amateur sport event in Japan.

The professional baseball league in Japan is called the Nippon Professional Baseball League (NPB), and is divided into two groups: the Central League and the Pacific League. The NPB has around 140 games throughout the entire year, so there are plenty of chances to see some baseball action.

Baseball matches in Japan often take place at night, from 6pm onwards. Whether after work or following a packed day of sightseeing, a ballpark is the perfect place to sit back and take in a baseball game.

The regular season often opens in March, and for the next 8 months, 12 teams battle within their own leagues to determine the top 3.

The top 3 teams from both the Central League and the Pacific League then play against each other to claim the number one spot in their leagues. This series of matches is called the Climax Series, and begins in late October. The number one team from each league then face-off at the Nippon Series, a best-of-seven series held in November, which determines the champion of the season.

Other dates worth noting are the Interleague Games, where for a limited time, teams from one league play teams from the other. 2020’s match-ups are from May 26 to June 14, with the All-Star Games taking place on July 19 and 20.

You can see the complete schedule for NPB games on their English website here.

There is no unified English site for buying NPB tickets. Instead, tickets are usually sold through individual team websites. Each team has their own online ticketing systems with varying degrees of English availability. Prices range from ¥3,000 to ¥10,000.

The teams that have the most complete English websites are the Yomiuri Giants and the Tokyo Yakult Swallows. Purchasing from their websites is pretty straight-forward and includes guides on obtaining the tickets. Another option is the Hanshin Tigers. Getting tickets with them is a little more complicated, but they have detailed instructions in English to help you. You can claim your ticket at no additional cost at the venue or through a QR code you can scan during game day.

If you aren’t interested in seeing any of the above teams, Japan Ball Tickets is the most convenient way to purchase tickets for the other teams in English. But do take note that there will be an additional $59 fee on top of the ticket prices.

Due to the RWC, rugby has seen a surge in popularity throughout Japan and left a positive effect on the country’s local rugby scene. Last year, a record-breaking 116,737 fans attended the season-opener for Top League, Japan’s highest level of professional rugby—a first in the league’s 17-year history. 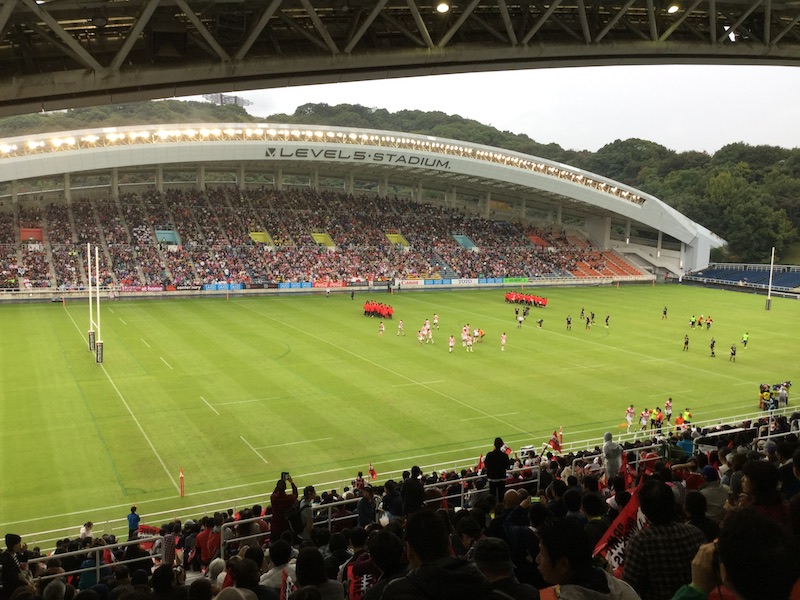 Similar to sumo, rugby has a designated “home” in Japan: Kumagaya, a city in Saitama prefecture that isn’t shy about showing their love for the sport. The city is home to the Kumagaya Rugby Stadium, which was built exclusively for rugby and refurbished for the RWC. Nearby Kumagaya station also boasts a Japanese rugby bar overlooking the city.

Japan’s Top League plays on various weekends during the first half of the year. In 2020, the last day of matches take place on May 9, 2020. There are no playoffs in Top League; instead the team with the most points at the end of the season is crowned champion.

To view the match schedule, including which teams are playing where, take a look at the Japan Rugby Football Union’s English website here. 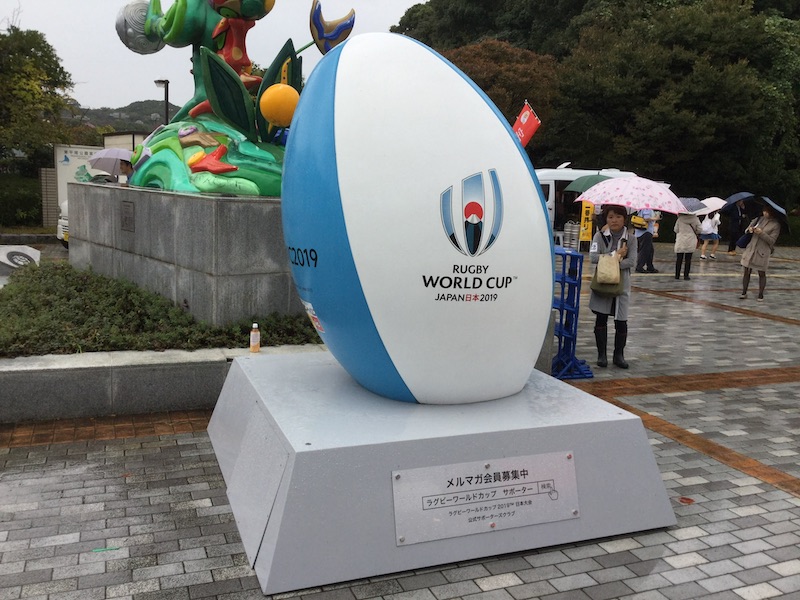 Your safest bet when purchasing tickets for Top League in English is e-tix. Their page can be found here, but tickets are limited to Tokyo venues. If you’re outside of Tokyo, you can get tickets by buying them at the match venues, or through ticket reselling websites. However, it’s always best to exercise caution when using these sites.

Seat allocations and prices vary per venue, and can range from ¥2,000 to ¥4,200. The Chichibunomiya Rugby Stadium in Tokyo has both reserved (¥3,200 to ¥4,200) and non-reserved seats (¥2,000 for one, and ¥3,000 for a pair). Other stadiums in Japan often only have non-reserved seats, with seats located in the central area being slightly more expensive.

Sports can be a great way to experience a part of Japan’s culture. Lots of events are becoming more accessible to English speakers, so whether you live here or you’re just visiting, there’s plenty of chances for you to enjoy sports in Japan!

Born and raised in the Philippines, Jen first came to Japan as a student. She started writing when she was 9, and hasn’t stopped since. If she’s not working on an article, you might find her jogging in Tokyo or taking photos of nature trails and landscapes throughout Japan. 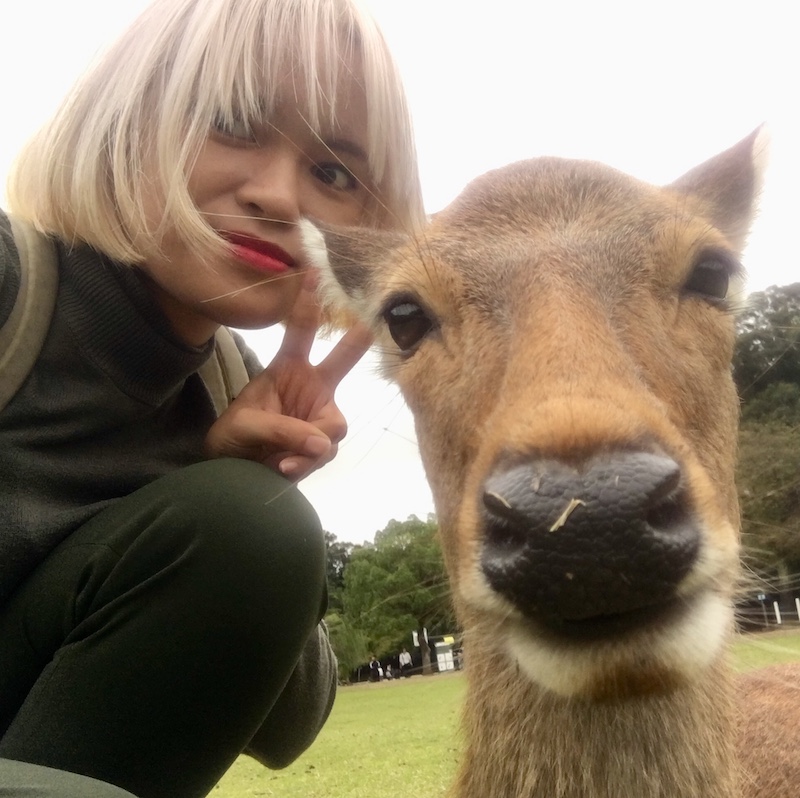