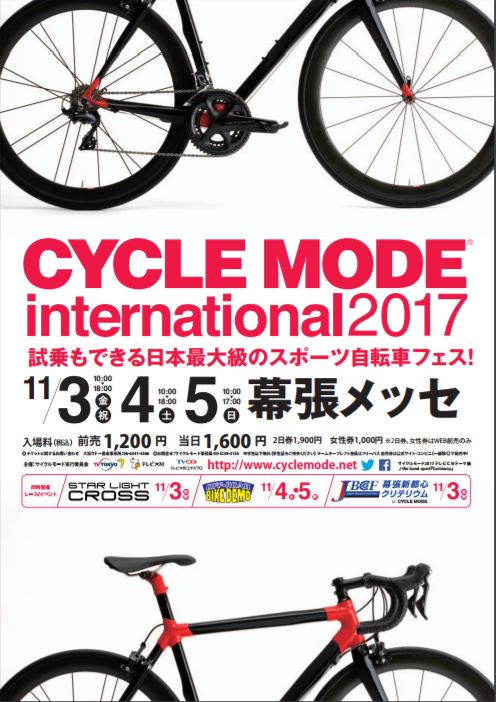 Yet another long weekend in Japan!  2017 is rapidly closing in and so far, November has brought us rapidly dropping temperatures and the heavily- anticipated (was that just us?) Cycle Mode International at Makuhari Messe in Chiba prefecture.

Since 2014, Cycle Mode International has been Japan’s premier cycling exhibition with more than 150 exhibitors spread out over 4 halls covering 23,625 square meters (254,000+ square feet).

Over the course of 3 days (3-5 November), more than 25,000 keen cyclist and casual riders browsed the exhibits of familiar brand names, learned about the newest cycling trends, and experimented with a broad variety of bicycles, gadgets, and lifestyle products.

From road bikes to folding bikes, hand-made bikes and TT bikes, guests got a firsthand look at unique concept ideas, some of the snazziest frames, and the most compact of bicycles.  Several well-known brands, including Argon 18, Canyon, Pinarello, and Specialized had over-size booths with plenty to gawk at.

Not surprisingly, Cervelo’s P5X was a favorite, along with Pinarello’s Dogma F10, Canyon’s Aeroad, and Dimond’s Brilliant. With nearly 1,000 bikes and almost half available for trial rides, visitors to Cycle Mode were not disappointed. 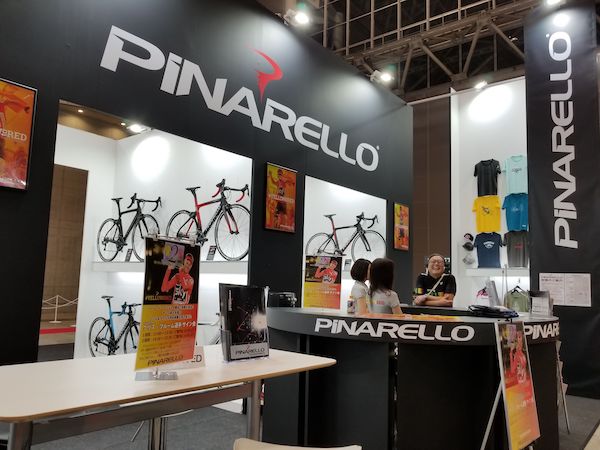 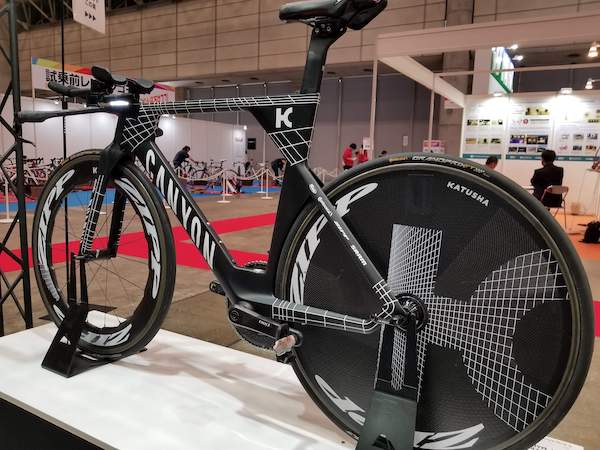 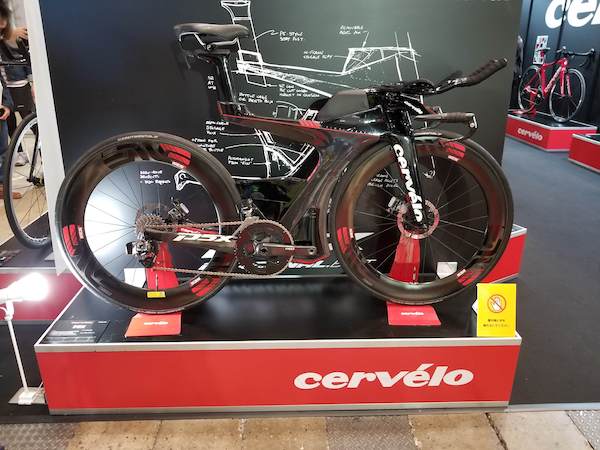 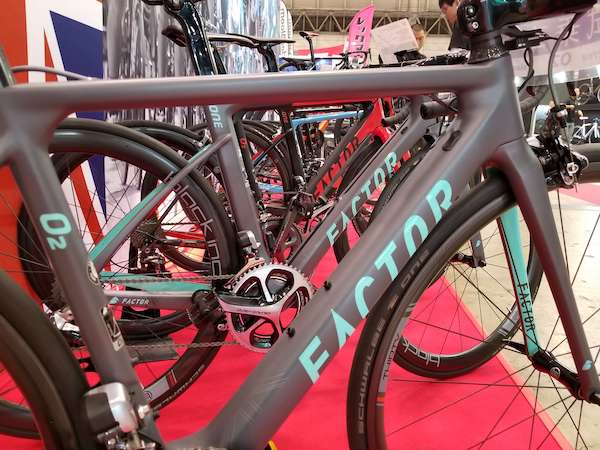 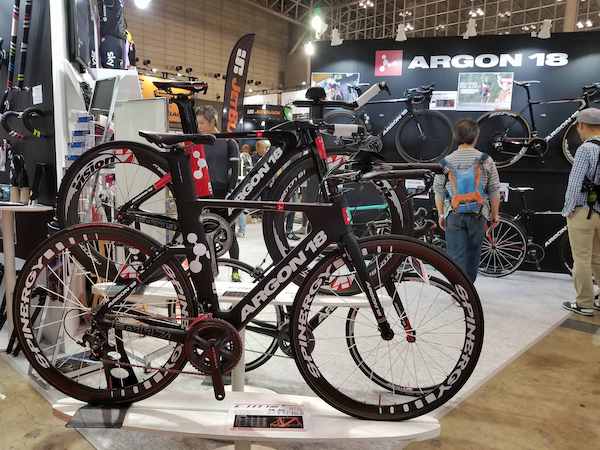 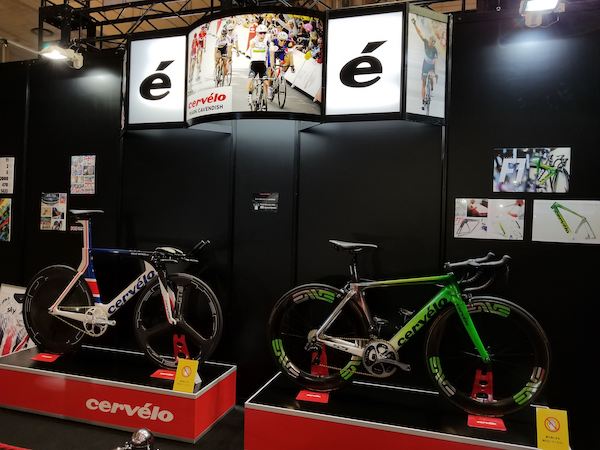 Visitors could spend all day (or all three days…) browsing the wide range of bicycle parts, gadgets, and products related to the lifestyle of cycling and cyclists. Products of interest included helmets, apparel, lights, security goods, and training gear. 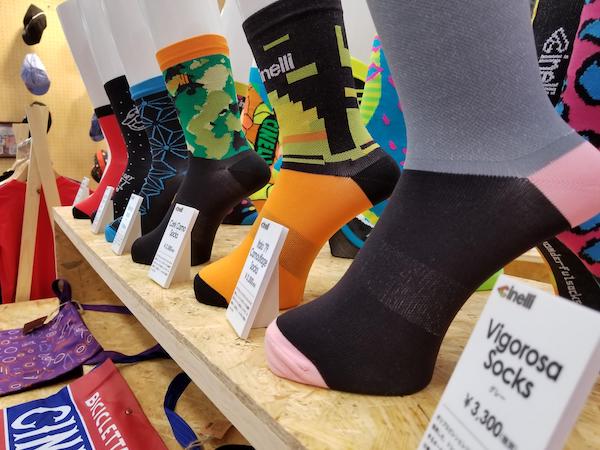 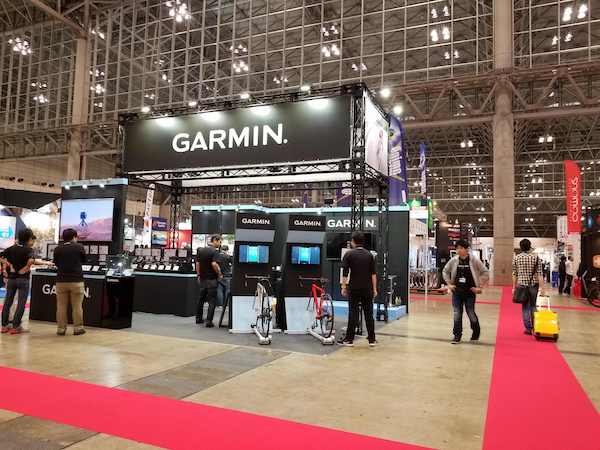 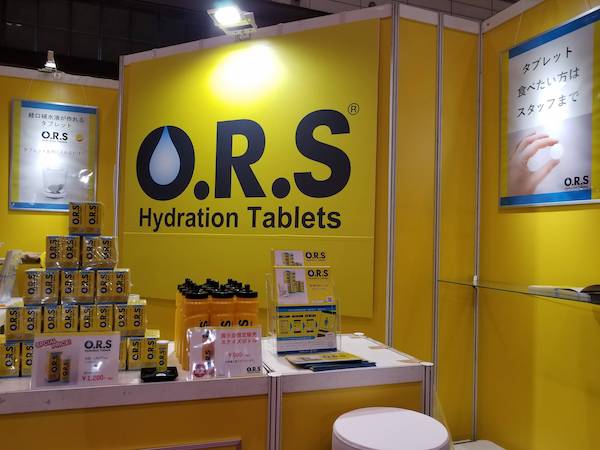 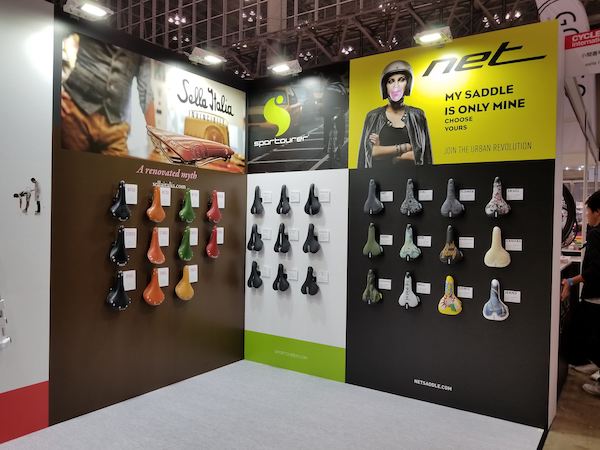 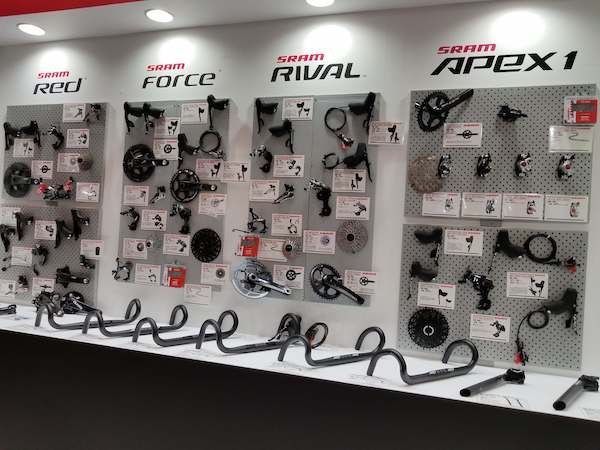 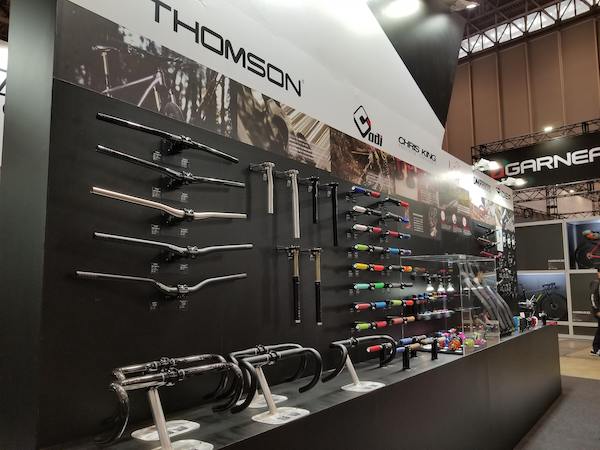 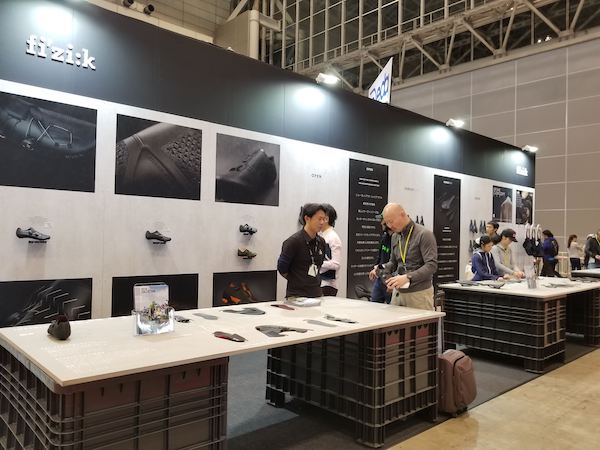 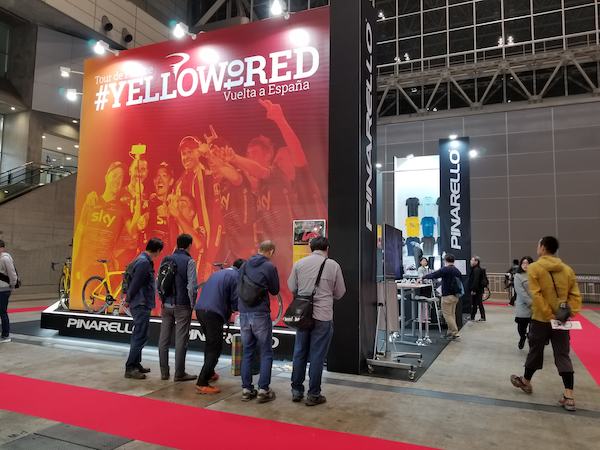 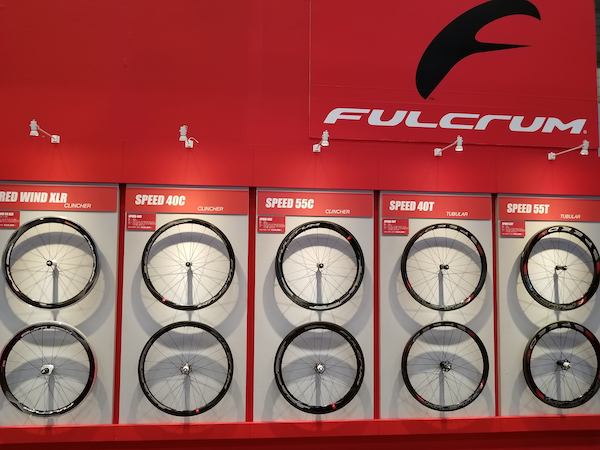 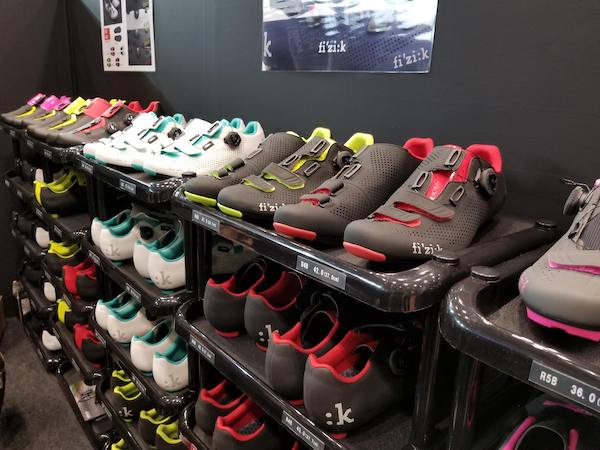 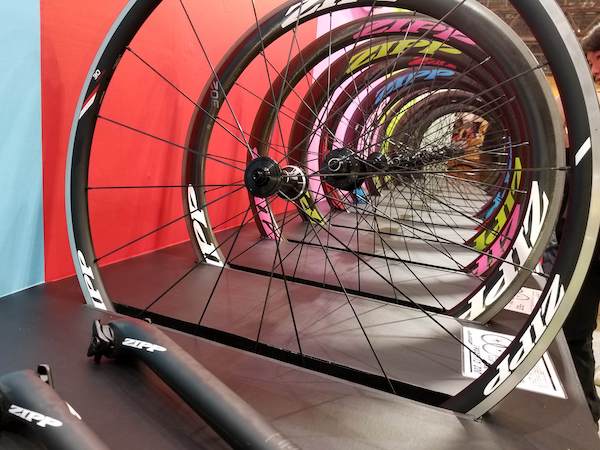 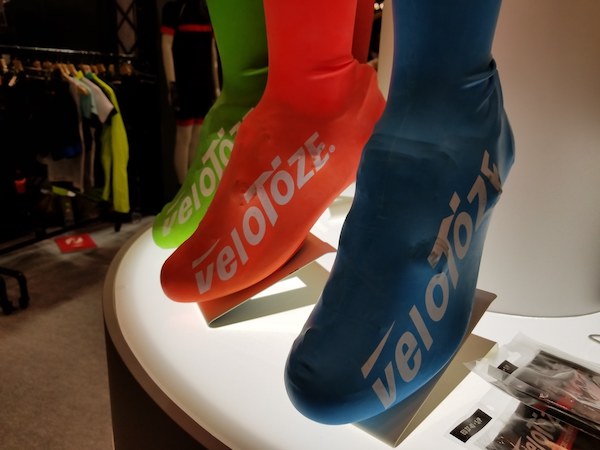 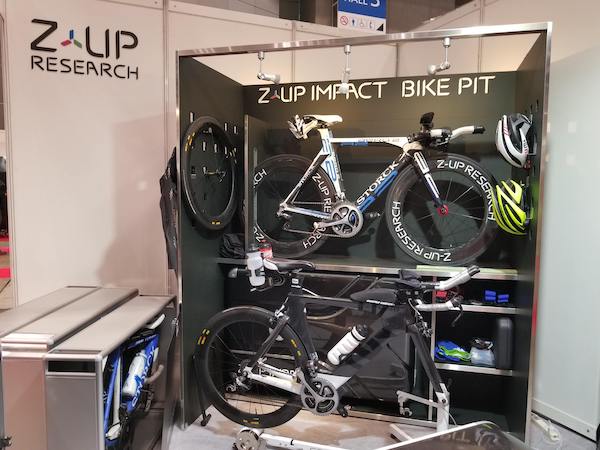 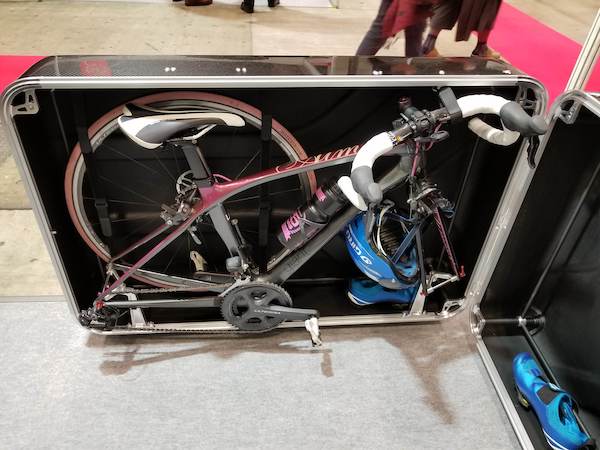 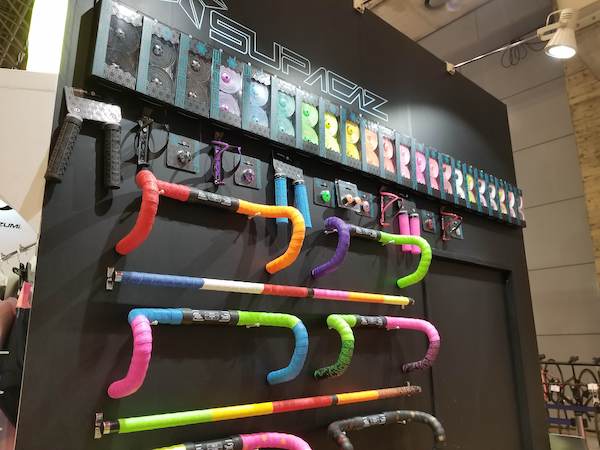 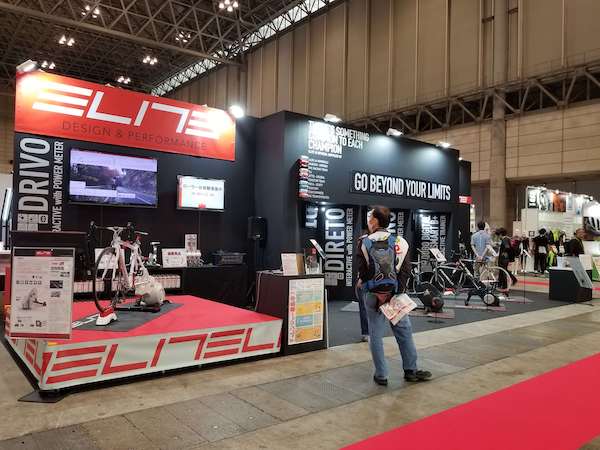 There was no shortage of people to see, things to do, and demonstrations to watch at Cycle Mode! While 99% of everything was in Japanese, it didn’t mean non-natives can’t enjoy the festivities (or understand sticker shock). Though the lines were often lengthy, one of the biggest highlights of Cycle Mode was the opportunity to test ride a huge variety of bicycles. From Friday through Sunday, well-known brands including Argon 18, Canyon, Yonex, Specialized, Ridley, and Pinarello offered hundreds of bikes for visitors to test.

Those seeking highly technical chats and answers in English may not have gone home entirely satisfied but that doesn’t mean all of the gadgets and gizmos wouldn’t have made your heart aflutter. Fortunately (or not), the large majority of items were not actually on sale so it was effectively one big tease.

Beyond the frames and tools, informational booths set up by prefectural governments, tourism bureaus, and bicycle transportation services also made a not insignificant showing at Cycle Mode. From Japan Airlines and Japan Railway, Aomori to Okinawa, Chiang Rai and Honolulu, the broad variety of cycling-friendly initiatives presented across booths was inspiring and simply stated, really cool. We’re confident it was enough to give even the most casual of cyclists some thought about exploring Japan (or the world) on two wheels. Unfortunately for treehugggers, the amount of pamphlets, maps, and even small gifts one could reasonably expect to bring was staggering. 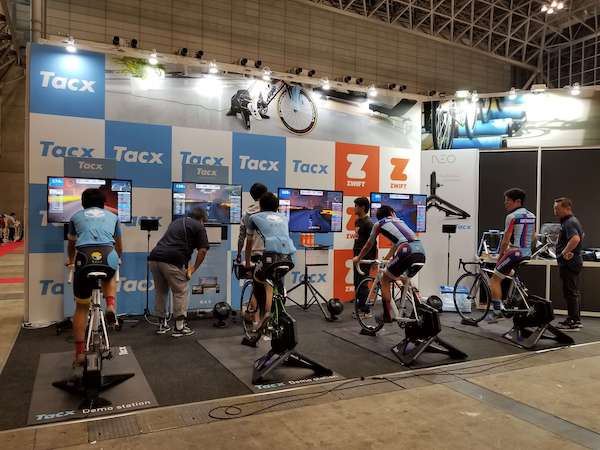 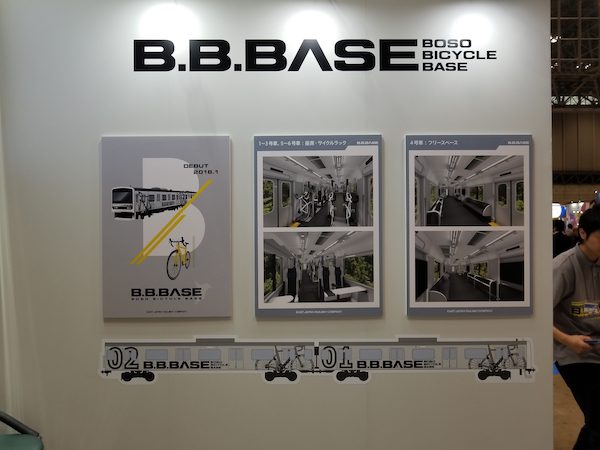 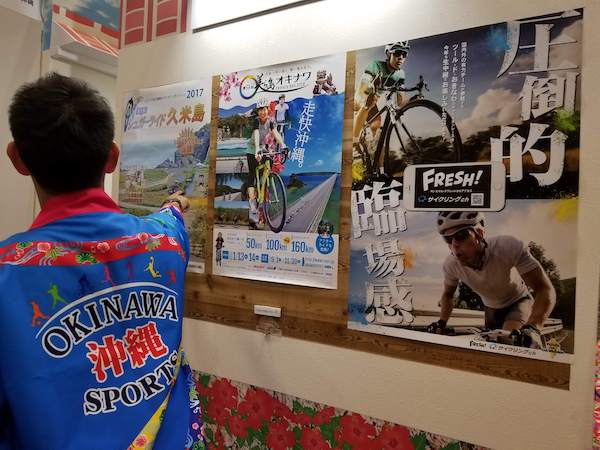 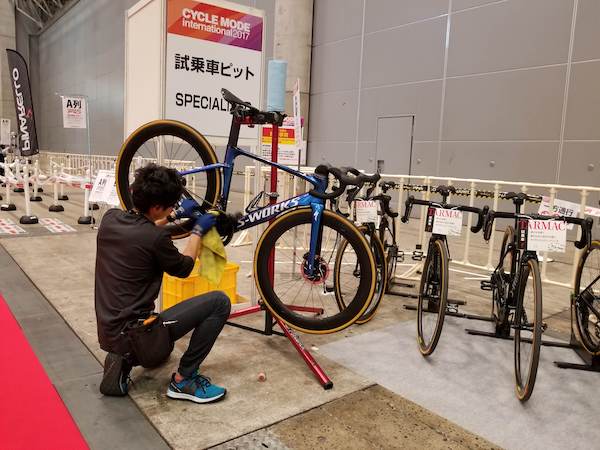 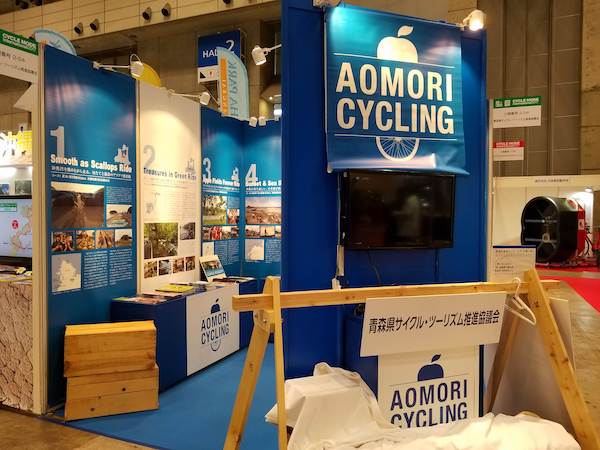 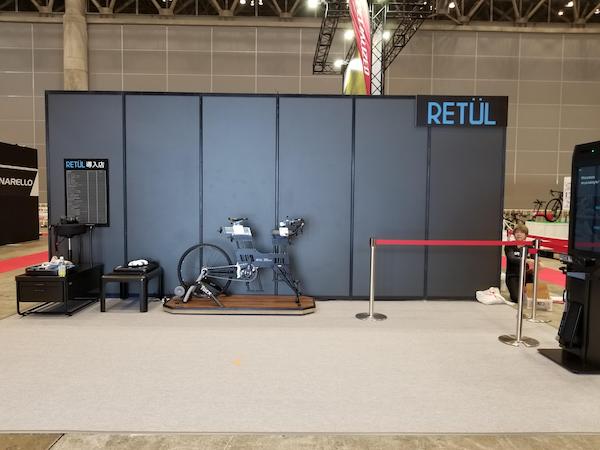 Among the many special events and guest speakers, there were a handful that stood out.

A series of off-road races featuring chicanes and dirt walls were held at night. Those of age enjoyed watching races while indulging in some drinks and listening to the DJ spin.

More than 50 top professional road cyclists raced in the 2nd Makuhari-Shintoshin Criterium took place on the streets by the north side of Makuhari Messe.

After signing a waiver, visitors had the opportunity to test ride a wide range of mountain bikes, cyclo-cross bikes, and other off-road bikes on a special 2KM test-ride course built in a park adjacent to Cycle Mode.

British road racing cyclist Chris Froome (and his Pinarello Dogma 10 bike) had a main stage chat alongside Fausto Pinarello, company president of Pinarello. As the reigning Tour and Vuelta champion, Froome is one of the most successful riders in the history of the Tour de France, having won four times – in 2013, 2015, 2016, and 2017. Froome also held two autograph sessions at the Pinarello booth.