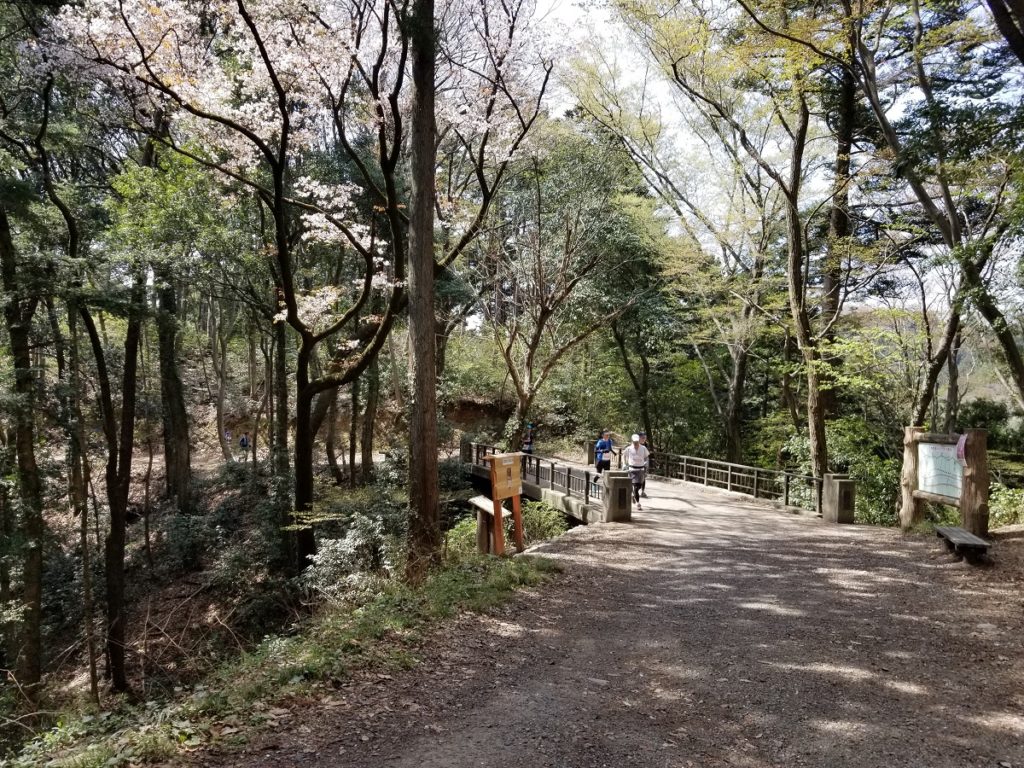 How Did This Happen?

As part of the Samurai Sports staff, I knew I would attend the Ome Trail Run for work purposes. While I toyed with the idea of running the 15KM, I wasn’t contemplating it seriously as I am petrified of rolling my ankle or somehow negatively impacting my triathlon training.

My SO on the other hand, was keen to run the 30KM. Cool, except we had to catch a flight at Narita at 1930 (spoiler: we didn’t make it). I was also aware that bringing the SO all the way out to West Tokyo and not letting him race would be considered inhumane treatment (at least, in our unwritten book).

To be clear, my SO is fitter than me in most ways and incorporates more diversity into his fitness regimen. Not too long ago, he completed the half marathon distance Xterra World Championship in Hawai’i and followed it up with the full Honolulu Marathon the next weekend. That sounds like an awful way to spend 7 days. I have never even run a full marathon and the trails only spell disaster for my clumsy self.

All of that said, with about an hour to spare before the race start, I obtained permission for the both of us to run the 15KM. And this is how I wound up running my first trail race – ever.

Throw two triathletes onto the trails…it’ll be fun, they said!

Pro-Tip: Unless you are certain of the event logistics, transportation scheduling, and your fitness levels, avoid booking flights on the same day as a race.

Ome is only about an hour train ride on the Chuo Line and Ome Line from central Tokyo. However, we opted to stay closer to the race in the Fussa area.

With a 10AM (30KM) and 1030AM (15KM) start, staying closer to downtown Tokyo and taking public transportation to the race venue in the morning is easy.

We stayed toward the back of the 15KM pack – in hindsight, we should have started closer to the front as we found ourselves passing a lot of people on the course.

We started with a lap around the dusty dirt track field before heading up into the trails. Immediately, we were met with human congestion. Apart from the (concrete) downhills and the last couple of kilometers, the trails were packed with fellow participants.

Some stretches however, allowed for runners two (or more!) abreast and we were able to pass on the right. We encountered severe bottlenecks during the climbs and at the sole aid station.

Spring weather can be volatile. What had been a relatively chilly evening the night before gave way to a cool morning and a warm afternoon. I handle the heat well, but I was happy to be in a tank top, shorts, and trail shoes.

I carried the mandatory 500mL of hydration and with only one aid station, this requirement was not only understandable but very much necessary given the heat. Gloves were also mandated but I didn’t bring them, no one checked, and quite frankly, gloves would have quickly overheated me.

What a Time to Be Alive

With 733 meters (2400 ft) of cumulative elevation gain, the 15KM course was no joke.  Some climbs were steep enough to warrant ropes (nylon ones, perfect for those who don’t use their palms), slowing the pace for all.

It didn’t take long for the cursed population of hay fever sufferers to succumb to the pollen wafting in the woods. As if on cue, the trails were filled with more than the noises of nature and a chorus of sniffly sneezes began to ring amongst us.

When you live in the city, it’s easy to forget how tranquil the woods are (even if you’re sharing it with at least 2,000 others). The chirping of birds, the soft rustle of leaves, the shade under trees, the ominous yellow “Beware of bears” signs, and the gripping fear of tripping on an invisible something to stumble down the steep slopes leading to untimely death…

We looped around at some point and closed in on the race site at Nagayama Field.  Upon exiting the trail, we were back on the dirk track and cruised toward the finish line with (forced?) smiles on our faces.  Make no mistake, I am really invested in those professional finisher pics.

We finished in a respectable 2 hours something and after picking up our belongings and purchasing lunch from the food trucks, we hustled the eight-minute walk to Ome train station and bid adieu to West Tokyo.

The 15KM course involved one aid station with unripe mandarin oranges (?) and water.  The bottleneck was so intense here that we bypassed it as we knew we had enough nutrition and hydration to proceed without.  We did manage to grab some slices of the oranges but unfortunately, they were dry and flavorless.

We did not have the need to use the bathroom, which is good as there were exactly no toilets on the 15KM course. Several men were witnessed taking care of business on the side of the trails.

Look! The views throughout the trail, combined with the sakura were stunning.

Yum! The variety of food trucks hawking everything from Japanese sweets, yakitori, doner kebabs, and grilled sandwiches, as well as coffee and fresh juices, was impressive.

Japan! With the courteous greetings, the head nod combined with a quick bow, the faint tinkling of bear bells, the sakura petals wafting in the breeze, there was never any doubt we were on the trails in Japan.

Challenge! The 15KM involved a few technical uphills and some massive downhills. Plus, with only one aid station, we’re inclined to say that the Ome Trail Run is probably not for beginners and with the stringent cut-off time, the 30KM is best for intermediate to advanced trail runners.

Let's Work On It

Congestion! Having 1,000 runners in the 30KM and another 1,000 in the 15KM is a lot of people on trails that occasionally narrowed to single-file.

Pollen! If you have spring allergies / hay fever, there’s a good chance you are going to encounter some struggles.

Dirt! The fine silt from the dirt track field covered everything with a layer of brown and made us feel dirty inside and out – watering the grounds would have helped tremendously.