Add This to Your #BucketList: 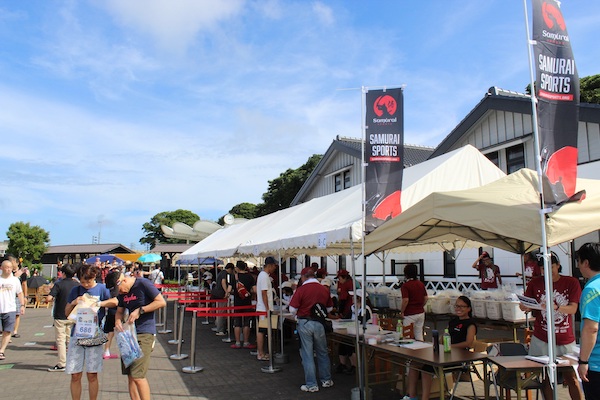 Samurai Sports had the privilege of collaborating with the Ise Shima Triathlon event organizers in gathering a small but strong group of foreign residents and visitors to Japan, including those who drove from neighboring prefectures to those on vacation from Pakistan and a small but strong contingent from Taiwan. Read on to learn more!

The race packet pick-up and expo started at 1300, giving us plenty of time to depart from the Tokyo area and drive the almost six hours or about 450KM to the race site in Shima City of Mie Prefecture. We started at a little before 0615 and arrived a little before 1200 – the early start ensured clear roads and a smooth drive.

The race packet pick-up and expo were outdoors from 1300 to 1800; after a brief period of rain, we spent the afternoon under tents shaded from the blazing sun. Just a short 2-minute walk away, the JTU folks completed their three renditions of event briefings in Japanese. For the Ise Shima Satoumi  Triathlon, race briefings were not mandatory and bike/helmet checks were not conducted.

Athletes dropped by throughout the afternoon and all picked up their race packets by 1600. Though the option for an English event briefing at 1600 was made available, all our athletes opted to simply ask any clarifying questions during race packet pick-up then move on with their day. 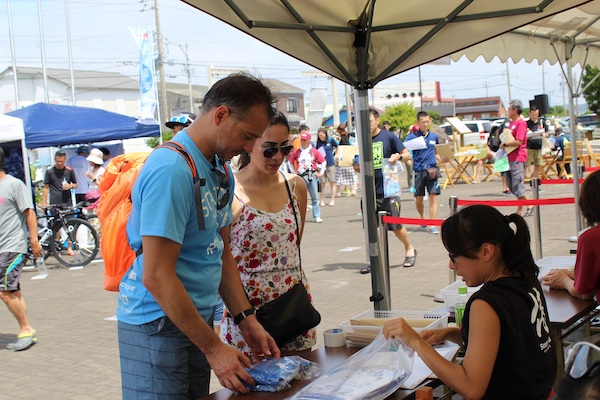 We drove about six hours from Tokyo. We chose the road trip because we thought it would be a bigger hassle to get on the shinkansen or fly to Nagoya, switch to local trains, and then either find a rental car or rely on taxis to get around. Also, the tolls we paid were far less than flying or taking the shinkansen.

Whether you have a bike or not, the race site itself is not easily accessible by public transportation. Those planning on racing the Ise Shima Satoumi Triathlon should strongly consider renting a car or driving their own personal vehicle. 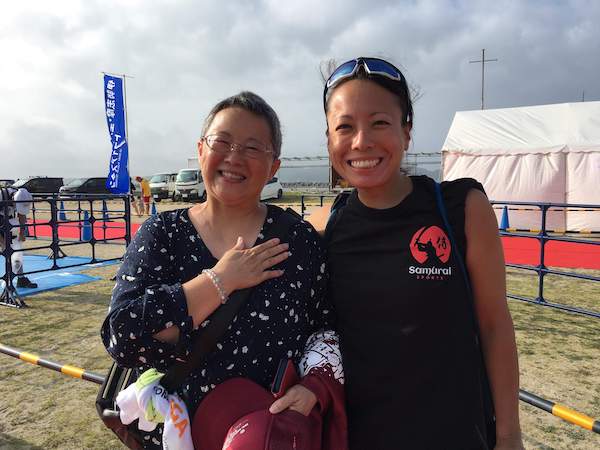 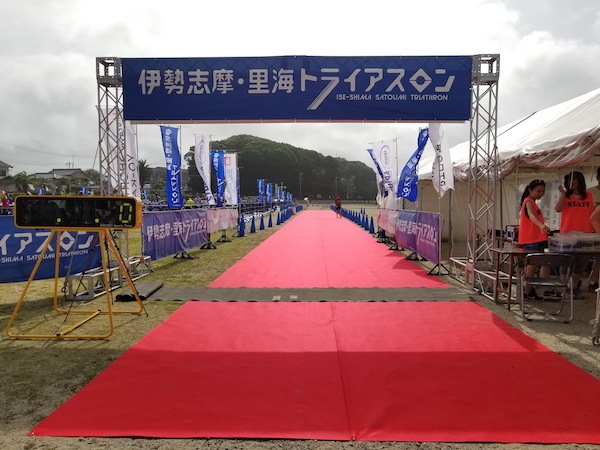 Accommodation is scarce near the race site and the closest places to stay are smaller pensions or motels that generally require Japanese language skills due to a lack of online booking options. We stayed at the Kashikojima Grand Hotel. Other places to consider include Pueblo Amigo, Yuga Ise-Shima, and the New Hamajima. 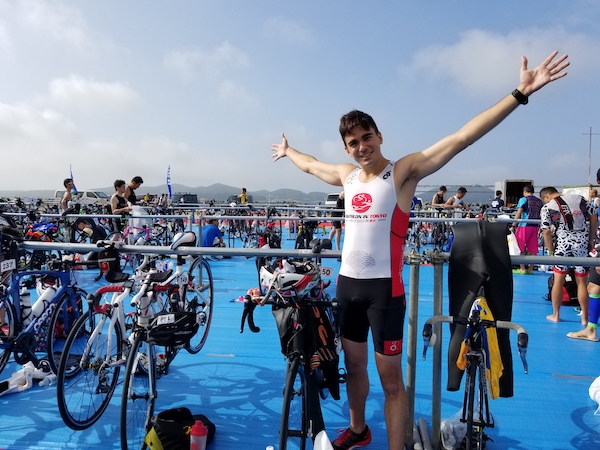 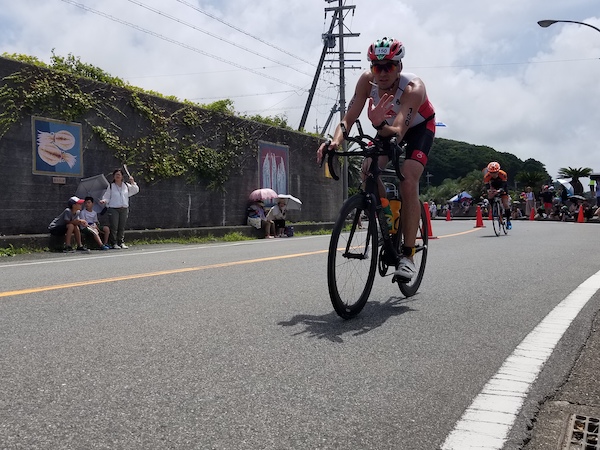 Transition opened at 0600 at Oyahama Beach about 1KM (.6 mile) from where athletes had picked up their race packet the previous day. T1 and T2 were in the same transition area and after racking bikes, athletes picked up their ankle band timing chips nearby the swim area.

From 0810 to 0840, athletes were allowed to swim in the waters; however, once entering the swim area, exiting the area was no longer permitted. With the first wave starting at 0930, this was a questionable and unfortunate procedure as it meant more than 900 triathletes were packed onto a small sliver of Oyahama Beach for anywhere between 50 to 80 minutes.

At 0900, the usual speeches by various figures of importance were given in Japanese, followed by an 8-minute lull of of…well, nothing. At 0930, the first wave went off to the races, followed by waves two and three in three-minute intervals.

The rest of the race followed as any normal Olympic Distance triathlon would. Following the two-lap swim, a two-lap bike course featuring rolling hills had to be conquered before moving on to a very flat two-lap run course under the blazing sun.

One aid station was available mid-distance on the beach for the swim but there were no aid stations at all for the bike. The run featured an aid station immediately following transition, followed by two aid stations on the course (four passes) for a total of five aid stations. 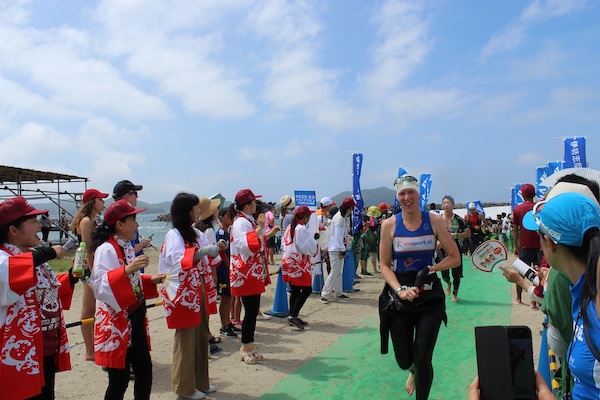 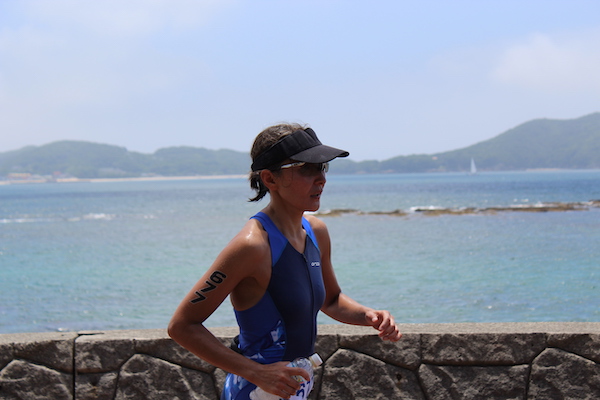 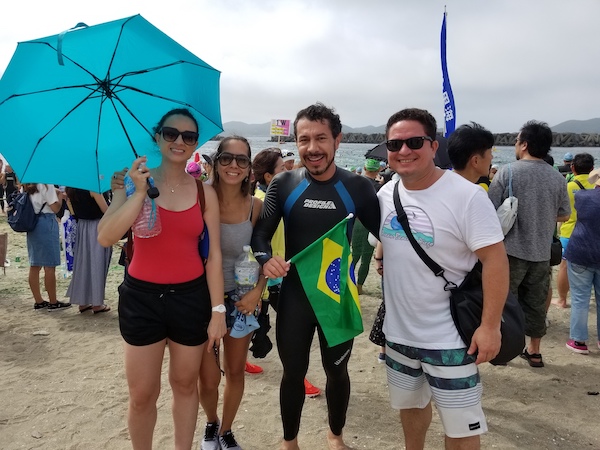 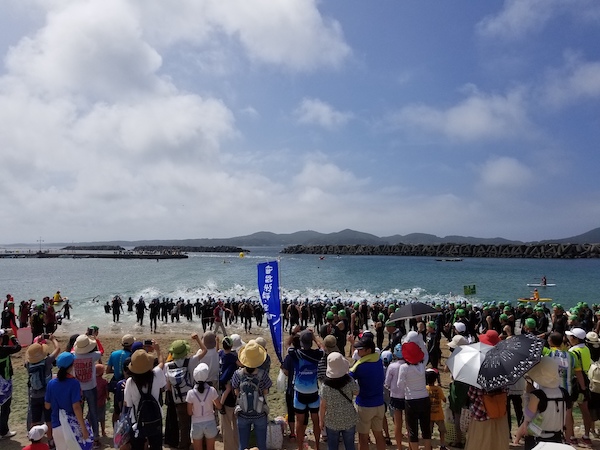 For Samurai Sports, we spent the morning and afternoon taking photos, cheering on our triathletes, and providing as much support as we could whether it was explaining when the transition area would reopen, inquiring about lost items, or translating communications between participants and race officials during the day.

At a little before 1400, we packed it up and began our six-hour drive to return to Tokyo. With traffic and bathroom breaks included, we made it home at around 2100. All in a day’s work for the Samurai Sports team! It was a great pleasure to meet all of you at the 2018 Ise Shima Satoumi Triathlon – we look forward to seeing your familiar faces again! 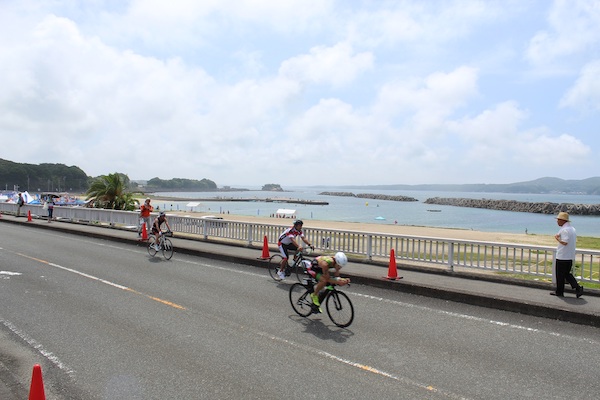 Scenic It’s so easy to take great race photos when the weather is beautiful. From the beach start to the winding bike course and the coastal run, you can’t deny the stunning scenery of Mie Prefecture.

Easy for Spectators The start, transition, and finish are all within easy walking distance. Additionally, the two loops required to complete the swim, bike, and run course make it ultra-convenient for spectators to spot and cheer their athletes.

Beautiful Waters The waters boast great visibility – during the opening ceremony, the speaker mentioned that a professional assessment had graded these waters with AA clarity. To be honest, we’re not sure what that means but it means the waters were very clear!

Solid Race Site With a large resting area with straw thatch roofing and plenty of plastic seating on risers, spectators and finishers had plenty of shade for rest and recovery.

Challenging Course This isn’t a flat, PR course. While the swim may prove quick, the rolling hills of the bike course and the lack of shade on the run will likely inhibit all but the hardiest of triathletes from record times.

Let's Work On It!

Blistering Heat This will obviously change from year to year but there is no denying the intense heat and humidity in southern Japan. Race day recorded temperatures of around 28 to 30 degrees Celsius (84 to 90 degrees Fahrenheit) and 90% humidity. The seaside location provided little respite with a lack of winds and shade.

Accessibility Admittedly, the Ise Shima Triathlon does not take place in an easily accessible location. Refer to “Getting There” for details about accessibility.

Slippery Transition This is a small detail but the blue plastic tarp covering the transition area witnessed several triathletes slipping and hurting themselves. One wonders if there might be a better solution, e.g. no plastic covering at all.

Timing Trouble The timing tent experienced technical issues so the results took a long time – so long that most people left before the awards were handed out at around 1500. Awards were sent via postal mail but it’s not quite the same without the podium photos. 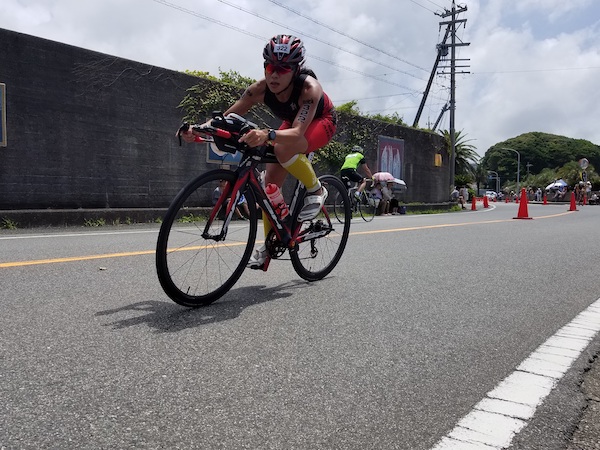 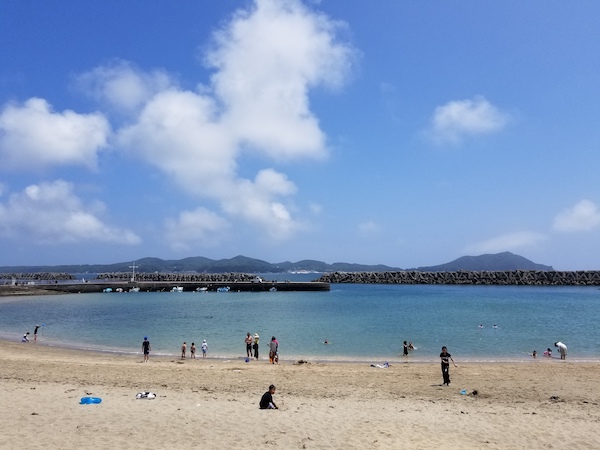